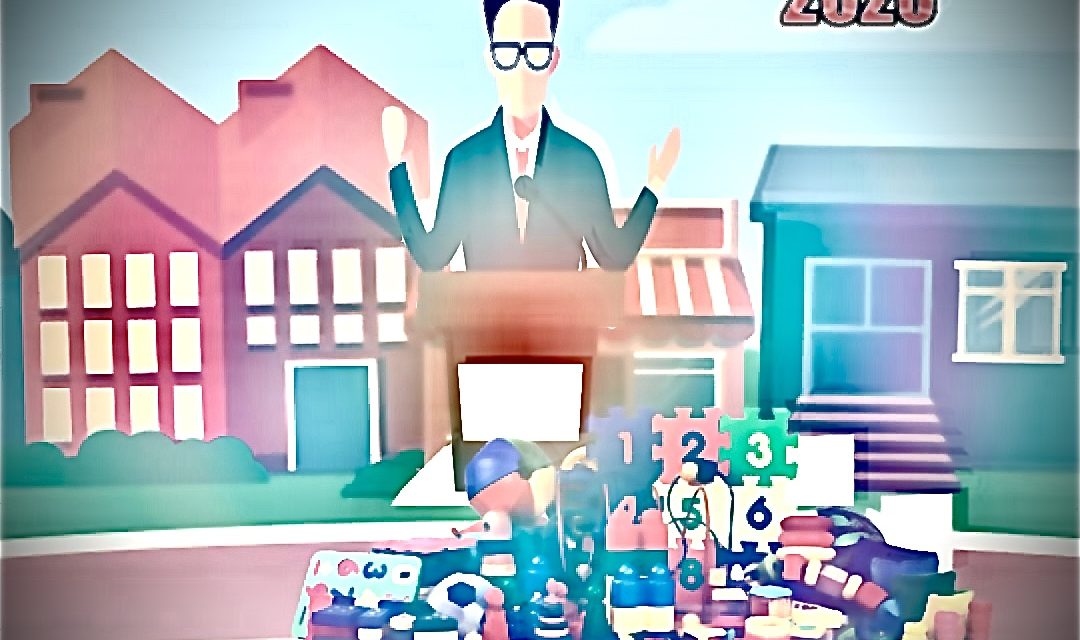 From my point of view, an economic crisis is good. It moves the course of money and people’s professions. They take you out of your comfort zone.

Different sectors suffer, while others benefit. Change a little the moment of each one, the way the money flows. In addition, governments and organisations make more money for aid and this goes into circulation.

This time it has been the turn of several sectors, but the most affected is leisure, tourism and restaurants.

Especially tonight businesses and restaurants. But the truth is that I am not sorry, because those who have known how to manage themselves have plenty to overcome this crisis and others. Those who do not manage well will learn. And the people that are new to this, it’s just bad luck. Sometimes it touches some and not others.

Many will say, the staff are not to blame. Well, it is time for them to reinvent themselves. The human being tends to accommodate himself, even if he is not comfortable in his work. And if they have learned this trade, others can learn too.

Not everything is about money in this life.

Working in the hospitality industry, from my experience, is not very rewarding. They pay you what the agreements say, period! The employer also pays more to the State and the net salary that remains leaves much to be desired to lead a comfortable life. Most do not make it to the end of the month.

Many have to put up with eccentric chefs that have taken over, making food, like in a military barracks.

That perfection that is sought to be offered to those who pay it, from my point of view, is exaggerated.

And working in a nightclub I do not see a comfortable life. Although many get used to it and prefer it, you can end up with sleep problems, addicted to tablets or addicted to parties and different drugs.

The night has people hooked especially on cocaine. Cocaine is a drug that is consumed everywhere. It is very easy to get and buy. That’s why I stopped working late because I can’t take the drug and even less so at my job.

Men who consume cocaine most of the time behave ridiculously. They don’t realize it, but they ask you for some things because they pay, which are really ridiculous. And the truth is that this type of client does not give me respect and I cannot have sex under those conditions, which is not even pleasant for women. Nothing pleasant, it’s just a vice or you hope that the time goes quickly.

With this lockdown or curfew, you can’t go out at night or spend money and people like to spend. So other sectors are those who benefit from the situation.

Like for example, sex and massages. Moments of pleasure, relaxation, the good company are very rewarding and especially during daylight hours. You see the need for my profession.

Returning to the crises.

I have gone through three economic crises in my country, Spain. This is the only one not directly human-caused. But the other two, they were totally created by the economic system that is set up in the whole world with the stock market, the management of politicians, financial institutions, currencies and digital money.

This third crisis, it seems that a virus had to arrive to cause it.

But with the dominance of how to make money and with digital money, markets are adapting fast.

Those currencies always struggling to generate more and more, has not stopped. I receive constant publicity on how to increase my money.

In addition, we already have so many facilities to generate money that we forget life without so much money.

With this amount of money, we have created a reality, superficial, hypocritical and without values.

This crisis, which began in health and has led to an economic crisis, will teach us a lot because it has not only been economic, it has also been very emotional for many people.

Like everything I get the positive side of things, for me it has been a learning process and a way to take advantage of my time, training myself and observing the reaction of the world.

I hope that it also causes a drop in the price of houses, like how it happened with the other two crises. We will see!

Because they are putting a price level on houses, which means that either you are going to live on the outskirts of the town of the city and no matter how hard you work, it is difficult for a single person to buy a house but easier for two to buy a house.

Either you earn much more than the minimum wage or you spend half your life paying your mortgage or your entire life paying rent.

Between the commissions of real estate agencies, banks and notaries and the owners who rent, they are making us slaves because of a system that does not let you relax, because you can have your own home.

It seems super unfair that we live in a society where buying a house is the great effort of many people’s lives.

Everyone deserves a home of their own. Buying a house should be a human right.

Instead of making weapons and bombs, let’s build houses. I think it’s much more rewarding and healthy.

Or not so many children’s toys, that the amount there is shameful, that later we don’t know what to do with them and children get used to them and then start to behave badly.

Many countries such as France and other countries in Europe for example, have become money-making machines with taxes, company profits, workers’ payroll and money-making factories (The Mint).

We have a political system that benefits from all that money without experiencing a single risk. Every month they have their payroll in their bank. They do not risk anything out of their own pocket, on the contrary, they receive.

Meanwhile, the political system confronts entrepreneurs and workers and it turns out that those who are taking the benefits are politicians and those within the government.

They confront us and meanwhile, they collect, make a name for themselves and when their time or career is over they still continue collecting from the state.

Nothing changes the electoral system. How will they change it, if they have already obtained a public job and a lifetime salary!

Nobody is going to change it. Who will take his salary? Nobody.

I’ve said it before. The system must be changed.

New systems of how to manage ourselves should be proposed and put out to public tender and a vote among as all for the one that seems most interesting to each of us.

We vote together, with a computer application.

People get fed up with watching contests, participating in the reality show, now we are going to participate in our own system of government.

It seems to me at the moment much more interesting than going to vote every 4 years and continue with the same thing.

I’m bored with the system. And the last two elections we have had to vote up to three times.

So what is better? To be inside or outside the system?

How does the system work but only to pay taxes? That it is clear that taxes are necessary.  But you no longer only pay the necessary taxes, you also pay towards a system of aid and salaries that contribute to keeping others lazy.

I have said it for many years, Spain and many other countries need an Audit and an ERE (Record of employment regulation).

It is necessary now, all companies have done it in times of crisis and we reached another crisis and everything is the same.

The subject bores me. Now that I travel I see it in other countries, such as Spain, France and many other countries. More than 40% of citizens do not vote. How is such a large figure not taken into account?.

We realise that those in power are not going to change things, they are not interested in changing. They come in with good intentions, but then they go on television and talk about changes constantly. But in the end they lose the essence of being a good politician.

What do we do? Well? live outside the system. But carefully, because the Treasury comes and if you don’t declare your money, on top of what you make, they will give you a hard time and they will take the money they want. Claptrap!

I feel that I pay enough taxes. I rent a flat and pay for internet,  for electricity, etc. I have several phone lines, a motorcycle and a car. I pay taxes for all those bills. I pay taxes when I fill up the gas tank or go to the repair shop and sometimes a fine, which comes from time to time. And I could still mention more taxes that I pay.

I pay for everything, at least 21% VAT in my country. And now that I’m more in France,  I think it’s 20%. That’s more than enough! If you gave an honest professional that knows the TAX system, they could make the country rich.

This system of taxes and payments must be regulated and reviewed but no one does this.

Nobody comes to the power of the state and listens to the people. They all end up directing to their own whims by following outdated protocols.

I believe that the world needs many Life and Professional Coaching courses and especially for those who want to lead and govern countries.

Learn the real values ​​of life and make the best of your country. Make a society without confrontations and stop wanting to earn a name and money.

Do you still want to keep it and vote again in the next elections?

Well, then it must be that you like it.

I said that I not going to talk any more about politics, but it is inevitable when you live in it.

I hope this is the last time.

Here I leave a link that I wrote almost two years ago. 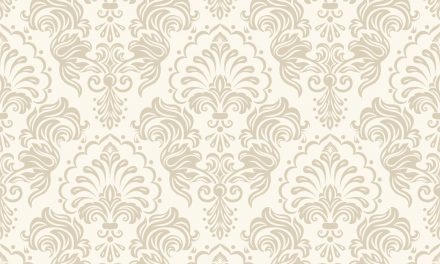 Sex professionals have learned how to have good sex. 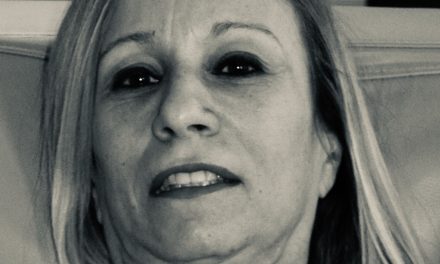 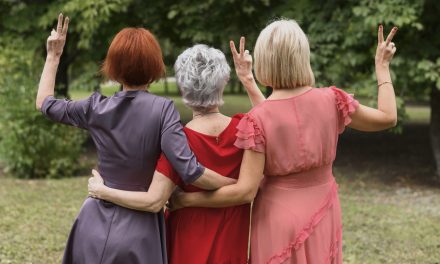