The best and the worst in Los Angeles

The best thing was my orgasm on the last day, with the squirting waters from the Rooftop jacuzzi (lol), also the sunsets on the beaches of California and my CrossFit classes.
The worst was the person I shared my apartment with for a week, who left without paying!
As many of you already know, I spent almost a month in LA. I had the trip scheduled well in advance so I knew I had time to leave and arrive more relaxed.
I rented an apartment via Booking.com and it honestly was right for me. Well located, good quality and an acceptable price. It may be the place I return to.
Before leaving Paris for LA, I received a message from a friend of a good friend who had cancelled their reservation in LA and suggested that they could come to me for a few days instead. I met her and though I prefer to be alone and with my work as I organise myself better. I also thought on the other hand, why not, give her a hand and she will appreciate that and I like to help.
I would be alone, I didn’t know anyone there and it never hurts to have someone close. I told her I didn’t know how good the apartment was but I could even share my bed for a few days.
I also mentioned that I was going to LA to keep learning English and that I didn’t want to be in a Spanish environment. She was Austrian. And that is as far as our conversation went. I arrived in LA and a few days later she came to my apartment.

She had an occupation. Not that I would call it that! When she told me her reservation has been cancelled I was almost sure that was a lie.
At first, she was reserved, but then gained some confidence and with that space and I was already beginning to feel uncomfortable.
She was also speaking in an aggressive manner and using threatening words like police and lawyers! This was causing me to be uncomfortable in my own space. I had wanted to stay on in the apartment another week, which at the beginning I had even offered to her but now the more I got to know her and I thought about myself, I decided to tell her that the days originally agreed upon were fine but no longer and that I wanted to be alone.
She stayed at the apartment for a week. She told me about her life and spoke only in Spanish. That is exactly what I didn’t want. I did not want to be with a person who from the moment you wake up you are speaking Spanish. You do not immerse yourself in another language. The English language!
Also a super vain person. She talked about herself all the time. It was always my turn to listen and if I tried to interrupt her, she told me that she was talking and wouldn’t let me talk. And this would be after hours of listening to her!
She said she was a coach because she had been taught by the best coaches in the US, but honestly, she left a lot to be desired as a coach. She didn’t know how to listen.
A coach that preaches gratitude and never showed any gratitude towards me. I never got a thank you in those days. I think of my friends of many years, of whom I know well, and here I opened the doors to my house to someone I did not know well and did not even receive a message of thank you for having me in your home. On the contrary. I remained in the apartment in LA and she could no longer get anything out of me. She made no approach, no gestures, nothing. She no longer contributed and no longer interested me.
Well, I lie, she came back to me to ask me a favour, if she could use my apartment address so she could receive mail from the bank. She had opened an account and was already leaving for Europe and if I could keep it and send it from Paris to the address she gave me. I said that was fine, even though it seemed a bit forward. Sometimes I am dumb. The day I was to leave I didn’t think the mail would get there on time and when I called to check she told me my help wasn’t actually necessary in the end!

At the time I could see again how self-interested people are. And the truth is I don’t like to get together with people like that. I don’t like people who only go with you for self-interest.
I have found myself and still find myself with people who when they stop getting something from you, leave you and then appear again when it interests them. What a coincidence!
I see it quickly now and I don’t waste time. I have already had friends like that, when you stop being interesting to them they disappear and when you are interesting to them again they appear. I don’t want friends like that in my life.
I do not use and I do not like to be used. But this society bases many friendships on self-interest. Where are the friendships without self-interest? Where has that gone?
I, of course, wrote a message saying that I didn’t like their behaviour. But I think it was missed on them. She didn’t identify with my words. I have already verified that there are people who do not have emotional intelligence. Especially to a person of 51 years of age. I cannot tell them, correct their mistakes, nor teach them what they do not know.
One thing I have learned is that I am giving new people who appear in my life, no second chances. These type of people who only love you if you interest them and as soon as they appear they disappear. As my friends in Madrid say, ” smoke bomb!”
This was the same week, where working in a new place, my customers started giving me bad feelings and were not polite. It was my first week and I was disappointed with the place. And I also had this person by my side who was hindering me.

I FINALLY START ENJOYING BEING IN LA

After she left I began to relax and enjoy myself. I had already been awkward in my own house. Had I crossed the ocean, spent a fortune, all to be uncomfortable? How abnormal I am sometimes.
I started to be relaxed in my apartment, to handle ads, calls and customers. I started to enjoy myself.
It turned out to be a super, cool trip. I went about like normal, doing my routine language classes, Crossfit, social network outings with international couch surfing, MeetUp, a little yoga, and enjoying the wonderful weather of LA!
It had been super. I saw incredible sunsets, I touched and met new people, I had fabulous clients, great orgasms and great sunny days.
I will go back for sure. I do not know when because I have plans in Europe, but I know I will return. I think next Christmas, although you never know!

ANOTHER ANECDOTE OF THE TRIP.

A smart guy who knew how to confuse me very well. He was a white-collar professional who paid me with a cheque that was associated with an account that was inactive.
By phone, I make it clear what my conditions are, price and cash so I don’t have to be asking when you arrive. Then I leave it to the clients whether they pay me at the beginning or end.
When they pay later, you risk the fact that they might make you a “simpa.”Leave without paying.
In the 9 years that I have been working, there have been several but I am not going to change my method because of those disrespectful, damn ones! I try to be alert but from time to time someone gets past me, like this one in LA who knew how to. He was polite and humble and confused me but I believed him.
With humility and knowledge, many things are achieved. With the good and with the not so good I am sure I will still return to LA. I felt very comfortable, I worked well and I loved the time there. I enjoyed it a lot and learned more English.
And I have learned a lesson again. Try and go with your own eyes and draw your own conclusions!
As on all sides, there are many clichés! 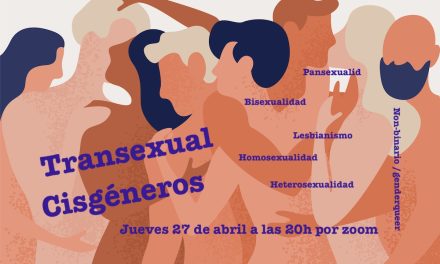 Do you know what cisgender means?

My enrolment in sexology was rejected because I am a prostitute. 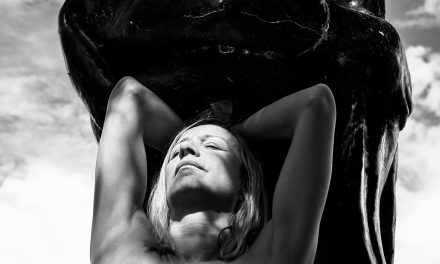 Photos with Ralph on the island of Boi de Boulogne 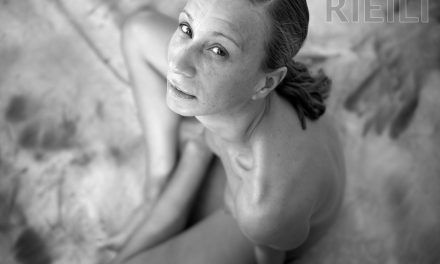