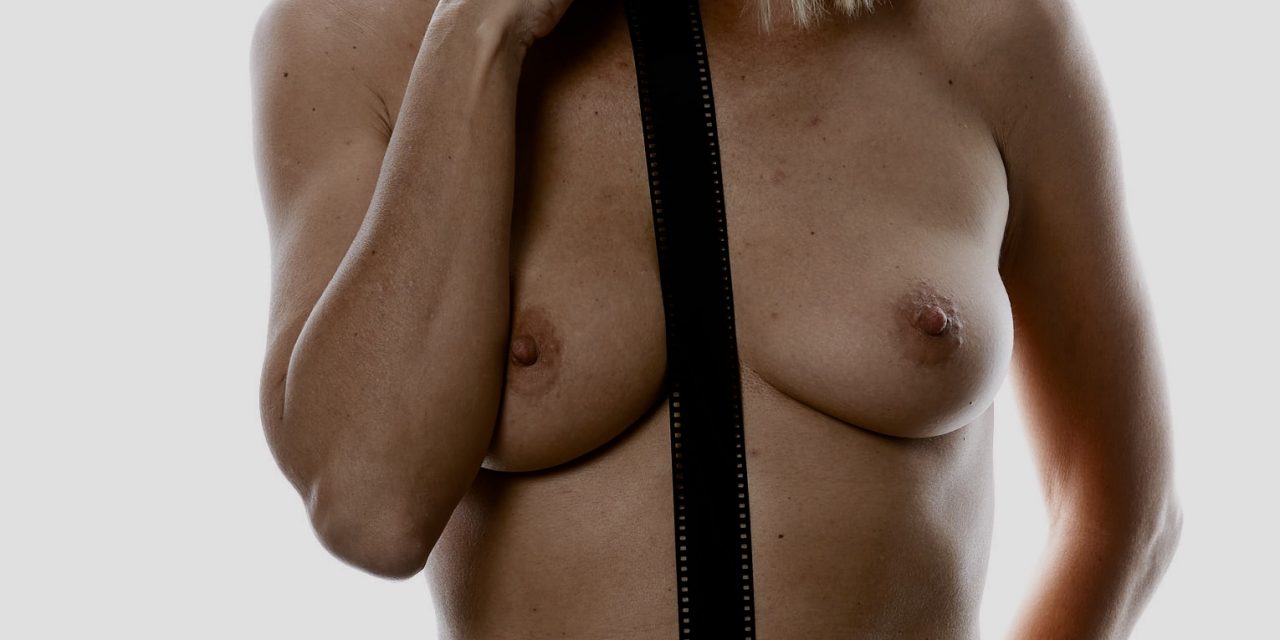 What I see and that the leaders of this world don’t see it  like Indetex Group, Politicians, The UN, scientists, psychiatrists, sociologists, great directors, etc … I find it incredible that nothing is done. What do I see? For all what is happening around us and the same answer remains that nothing can be done because there are those economic and sometimes personal interests that those who direct us possess. We are filling the world with our shit that we throw away and we are governed by people who only care about their economic interests and power. Are you not realizing? I mention Grupo Indetex, because they describe it as the company you have to follow in important Master B & A and conferences. So it seems to me that he has a great power if he wants to collaborate in caring for this world. But as a personal opinion. I do not think it’s helping. It is buying buildings in the best streets in the world, based on precarious salaries controlled by unions in the sector. And besides being filled with the world of clothes, year after year. Another example very similar H & M. What do we do with so many clothes? Is it going to be like the plastic that will be thrown into the sea? Well, we still want to release and want to continue selling. Sometimes we have to be sensible with ourselves and start in controlling ourselves.

Speaking other languages ​​and traveling opens your mind a lot.

As you travel and know more cultures and countries, the more you realize is how bad things are being done in many countries and how leaders manipulate the system. And a very clear example of leaders we have right now are Venezuela and North Korea. Not at all are equal cases, but if for me they have in common is that after knowing the quality of life of a human being, that kind of government I do not want it for me. And what I do not want for me, the truth is that I do not wish it to others. I heard a while ago that Venezuela was not well, but I had never been interested in seeing what was really happening. I do not see the news because I think they are manipulated for a thousand reasons and interests and also I have never been to Venezuela, so I had not made up my mind about the great problem that society is going through. Now, for a Venezuelan person with whom I have a lot of continuous contact, she has been able to describe to me what is happening in Venezuela at first hand. She has had to leave her country to be the contact outside and be able to send medicines and what is needed. That is, they have made her emigrate, yes or yes. Through politics, political parties, a person without studies, a bus driver, before being President, I understand, he became the president of the Government has had 80% of its citizens, disgruntled. They have NOT gone to vote, but he has made the law at his convenience and has imposed 6 years of government, as well, because he has wanted to. Fortunately, it seems that countries and leaders of other countries are helping Venezuela to remove that president from his post, since he is NOT able to see that he has to withdraw. Because apparently it has a lot of pressure from other countries which it has negotiated all these years. We are talking about those interests between countries are harming people who are like you and me, wanting to live with a decent quality of life.

Humble is a gift

One has to be humble to know when to retreat. Money and power can not be everything. It provokes murders, injustices and above all they play with the freedom of the people. And freedom is one of the most precious assets we have. And dictators like these arrive and end with the calm and tranquility of the people. It seems so unfair to me. This president created up his own currency, It’s called Petro. It controlled the whole country with weapons and tanks on the street. And North Korea can only say, that the people who live there do not know who Madonna and The Rolling Stones are. Is that control or is it not control? Well, that’s the way the world is! Respect is earned with dignity, not frightening. For me that kind of respect is like buying, it has no value.

And I, as a Spaniard and a citizen of the world, I can see it and the president of my country does not see it? What happen? that he does not realize that there is 80% of the population that is not happy? Is not that number and that obvious, to lend a hand to this population? What are lack of guts? What are any interests? economic? personal? protocols? What a disappointment that we do not help each other and that we only help each other when there is money in between. In the years that I have lived in this life that has touched me, I have only seen once the guts when Bin Laden provoked that massacre attempt. The president of that affected country ordered the murder of the culprit and there it was. Someone was judged for it? Well, no, because the culprit deserved it.

We give too much power to politicians

There is a lot of arrogance and with zero empathy in the politicians who come to govern in the countries. When I saw this circus as a child on television, I did not understand it first and I saw politicians as idols. Now that I understand what they say and do, I do not deserve any respect or idolize them, all the contrary, it does not call me anything to know a politician, they do not intimidate me or give me the respect they deserve. Politicians for me have been another myth in life that I have completely fallen, I believe in politics, but not in politiciens. And they are getting me not to believe in politics. For me politicians are the ruin of countries. Examples Spain, Italy, Argentina. I do not know at the end who I can trust to give my vote of confidence. I do not trust to leave my country and future in the hands of politicians. I encouraged not to go to vote, but I do not know which is the best way to remove this theater from above that our future depends so much. Going to vote or not. But who do I vote for?

New political parties but not new and advanced ideologies.

Now another new political party has come out in my country. I have been in Christmas and it was monothematic in the news and political programs. A new party with conservative ideas. The strong thing, because for me it is strong in the program that they have taken out, they want to remove the gay marriage and another purpose to return again to the issue of abortion. Well this is what I have to listen to when I go to my country. Do we move forward or backward? Let’s see, these conservatives, who do not know anything. One is born as he is born and likes what he likes. Why can not two people of the same sex be together when their instinct is what they ask? ¿. What’s wrong with it? That does not understand that kind of mentality? That one is born as born and if it is done, it is the same. Let people do what their instinct asks, let’s do everyone what they want while not bothering others. And if someone bothers a gay at his side, that person is ridiculous! Because it is already ridiculous not to accept that there is a sexual freedom in humanity. And see normal being all with everyone. What an education have left us in recent years as leaders of history and religions! Who is the law to prohibit two men who have fallen in love can not get married like any neighbor? Who is the law to prohibit and even put me in prison for having my own ideologies? And how does it hurt the world for people of the same sex to have sex? In what does the World harm? And weapons, do not harm the world, because weapons do harm and are allowed in the world in one way or another. Weapons kill, that is their function. And then because we do not worry more about that kind of material things than to begin to judge again the obvious reality. So the thing about not going to vote should be more or we all vote or we do not vote at all. If we all vote, there are thousands of parties to distribute the vote and a majority is not created and we all vote, then we all have to get involved to organize a different system. I know many proposals without having to need politicians and especially political leaders. “I do not need a President of the Government.” “I need deputies.” With an app we all vote everything.

My humble point of view.

From my humble point of view during the 45 years of my life, I can draw my own conclusions and they are personal conclusions. I do not pretend to convince anyone. But I see that private companies are getting richer and public ones continue with economical problems. I don’t justify the private one, because the private sector also takes advantages of the conformity and the situation of the citizens of the country, while a few are enriched. But if we use the tools well, I am super confident that we could have a welfare society! And I know what you know how to do it, but why is not being doing? Because we prefer to pay others than we do things. And when you can pay, you pay, but when you can not, in my case I’ve always learned and I did it by myself. My last point of view, I have come to the conclusion that politicians do not have to be fixed. Politicians should be altruistic. As for example  the Buddhists. Here I leave it. 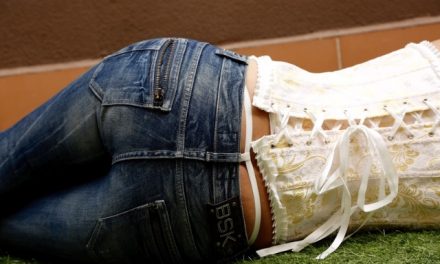 Sometimes you have to disappear so they miss you

Things only happen rarely, but they do happen. 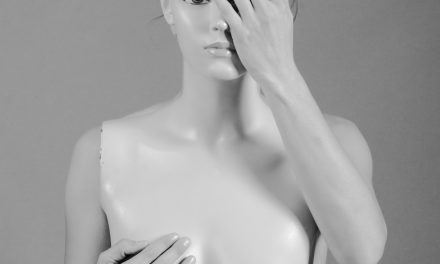 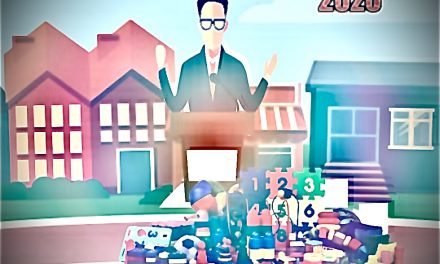